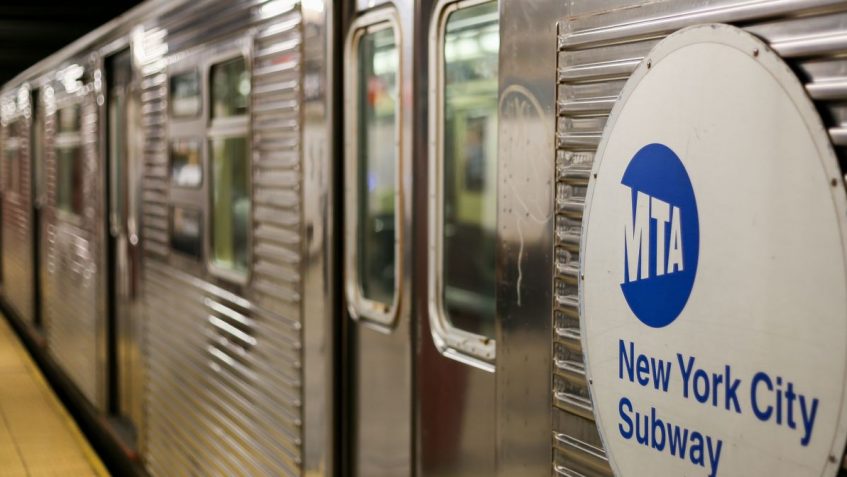 Albany – Today 14 State Senators, led by Senator Liz Krueger, released a letter to MTA Chairman and CEO Patrick Foye, Governor Andrew Cuomo, Mayor Bill de Blasio, Assembly Speaker Carl Heastie, and Senate Temporary President Andrea Stewart-Cousins, asserting that the Capital Plan Review Board (CPRB) must abide by the state Open Meetings Law (OML) during the upcoming 2020-2024 MTA Capital Plan process, as they failed to do during the previous 2015-2019 Capital Plan process.  The Senators further implored the MTA’s Traffic Mobility Review Board (TMRB) to comply with the OML during the congestion pricing implementation process. The call from Senators followed a similar letter released earlier in the month by a group of good government and transit advocates. The Senators’ letter can be viewed here, and is also reprinted below.

“The MTA is not only a massive recipient of taxpayer dollars, it is also a vital lifeline that millions of New Yorkers rely on every day,” said Senator Krueger. “That is why it is so important that when critical decisions are made by the MTA, they be made in public. New Yorkers must be able to not only monitor the process of these MTA boards, but also provide input to shape the final product. I hope the MTA will follow the letter and the spirit of the law going forward.”

On August 8th, advocates including Reinvent Albany, Common Cause, NYPIRG, League of Women Voters, Transportation Alternatives, Riders Alliance, and several others, wrote to state elected leaders pointing out that the MTA’s Capital Program Review Board (CPRB) had failed to hold any public meetings during its consideration of the 2015-2019 Capital Plan, in violation of Open Meetings Law. The advocates cited an advisory opinion issued by the state Committee on Open Government finding that the CPRB is a public body, and therefore required to comply with OML.

In response to the advocates’ letter, 14 State Senators have written to MTA Chairman Foye, as well as the four appointing officials of the CPRB (Governor, NYC Mayor, Assembly Speaker and Senate Temporary President),  asserting that the CPRB must comply with the OML during its review of the 2020-2024 Capital Plan. In addition, the lawmakers pressed the Authority to recognize that the Traffic Mobility Review Board (TMRB), the body tasked with implementing the recently-passed congestion pricing law, is also required to comply with OML. The Senators’ letter states that “given the impact of Central Business District Tolling, its vast number of stakeholders, and its directive to consider such subjective factors as “public impact, public safety, and hardships,” we believe it is of the utmost importance that the TMRB conduct a robust process of public engagement.”

Senator Alessandra Biaggi said: “We do a disservice to our communities when we choose to violate the rules and procedures that are designed to strengthen the people’s voice in our democracy. New Yorkers deserve full transparency in the decision making process of policies that affect them and how state funding is distributed. I stand in solidarity with my colleagues in calling on our state and city leadership to ensure the Capital Program Review Board (CPRB) operates in accordance with the Open Meetings Law (OML) as it considers the forthcoming 2020-2024 Metropolitan Transportation Authority (MTA) Capital Program.”

Senator Andrew Gounardes said: “Meetings on the future of mass transit in New York City should be transparent and open to the public.  We the people have a right to see how decisions get made on the issues that will affect our daily lives and commutes. I join my colleague Senator Krueger in demanding that the Capital Program Review Board and the Traffic Mobility Review Board comply with open meetings law.”

“The MTA is the circulatory system of New York City and with so much critical work ahead, it is more important than ever that New Yorkers know that all of its operations are getting a regular checkup,” said Senator Brad Hoylman. “We deserve an MTA that is transparent, open to the public, and responsive to New Yorkers’ concerns. I am grateful to Senator Krueger for her leadership on behalf of New York taxpayers.”

We write to urge the MTA to fully abide by the requirements of NYS Open Meetings Law (OML).  For the 2015-2019 capital program, the Capital Program Review Board CPRB did not meet publicly, in direct violation of the OML. We therefore want to make sure that the CPRB does comply when it reviews the 2020-2024 Capital Plan.  We further urge the MTA to ensure that the Traffic Mobility Review Board (TMRB) also complies with the OML when it begins meeting.

On August 8, 2019, seventeen organizations, including advocacy, good-government, and industry/trade groups, wrote to you requesting that the CPRB abide by the requirements laid forth in the NYS Open Meetings Law OML. CPRB, clearly meets the OML’s definition of “public body.”  As the organizations’ letter cites, the New York State Committee on Open Government has issued an advisory opinion confirming that the CPRB is indeed a “public body” as defined by the OML, and thus subject to its transparency requirements.

We further submit that the TMRB, as a subcommittee of the Triborough Bridges and Tunnels Authority (TBTA) of the MTA, falls under the OML’s definition of “public body,” and should be subject to its requirements.  The TMRB has been charged with recommending toll amounts for the forthcoming Central Business District Tolling program, as well as other potential program elements including exemptions, discounts, and credits for certain classes of drivers, vehicles, and routes.  Given the impact of Central Business District Tolling, its vast number of stakeholders, and its directive to consider such subjective factors as “public impact, public safety, and hardships,” we believe it is of utmost importance that the TMRB conduct a robust process of public engagement.  As the OML requires, the TMRB should conduct its business in public, with sufficient notice, and with opportunities for members of the public to submit oral and written testimony.

We look forward to working with you to see this important process through.