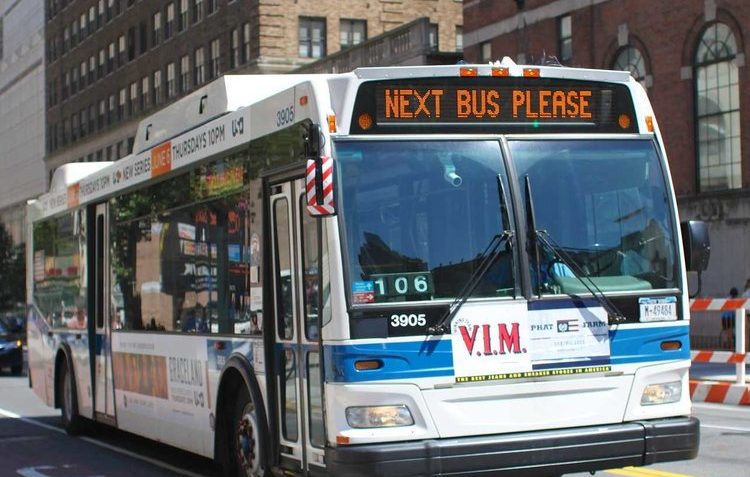 Albany – Today the State Senate passed legislation carried by Senator Liz Krueger (S.1925-B/A.6777-B) that would remove caps for automated enforcement cameras in bus lanes in the City of New York. The legislation creates a graduated schedule of fines for repeat offenders and directs revenue from fines to the Metropolitan Transportation Authority (MTA). The bill is carried in the Assembly by Assm. Nily Rozic.

“A reliable public transit system is the lifeblood of New York City and the entire region,” said Senator Krueger. “Buses are integral to that system, and are used by vast numbers of New Yorkers every day. But without camera enforcement, dedicated bus lanes are just so many painted lines. Albany should not prevent the City from deploying the necessary tools to improve bus service and reduce congestion.”

“Removing caps on automated enforcement cameras for dedicated bus lanes in New York City as part of the Select Bus Service (SBS) program will go a long way toward improving bus speeds and reducing service delays,” said Assemblywoman Rozic. “As the representative of a district that relies solely on buses for all mass transit needs, I have witnessed firsthand how SBS plays a vital role in filling the service gaps and improving connectivity in and out of Queens.”

The New York City bus system serves over two million riders daily. However, due to worsening congestion throughout the city, bus speeds have declined significantly in recent years. This has coincided with a significant and ongoing decrease in bus ridership, as riders switch to other transit modes, increasing crowding on the subways and traffic congestion on city streets.

Beginning in 2008, the New York City Department of Transportation and the MTA have collaborated on a bus rapid transit program known as Select Bus Service, or SBS. SBS routes are outfitted with a number of special features that have resulted in bus speed increases as high as 30%, and ridership increases of about 10%. One very effective element of the SBS program has been the addition of dedicated bus lanes and bus lane enforcement cameras along SBS routes.

The New York City Department of Transportation (DOT) and the MTA have both released plans for improving bus service that include expanded use of bus lanes and bus lane enforcement cameras along more bus routes in the city. However, state law currently limits the use of bus lane enforcement cameras to just 16 bus routes in the city. NYC DOT has installed additional bus lanes beyond the designated 16, but lacks the ability to enforce them with cameras, limiting their effectiveness as drivers often violate them with impunity.

S.1925-B/A.6777-B would allow the City of New York to expand the use of bus lane enforcement programs as it sees fit and free New York City police resources to be directed elsewhere. It also lowers the maximum fine for a single bus lane camera violation to $50 and institutes a graduated fine schedule up to $250 for repeat offenders as an added deterrent. Finally, this law directs the funds raised by the fines from these cameras to the general transportation account of the New York City Transportation Assistance Fund established in the 2018-19 budget to provide additional revenue to the Metropolitan Transportation Authority.