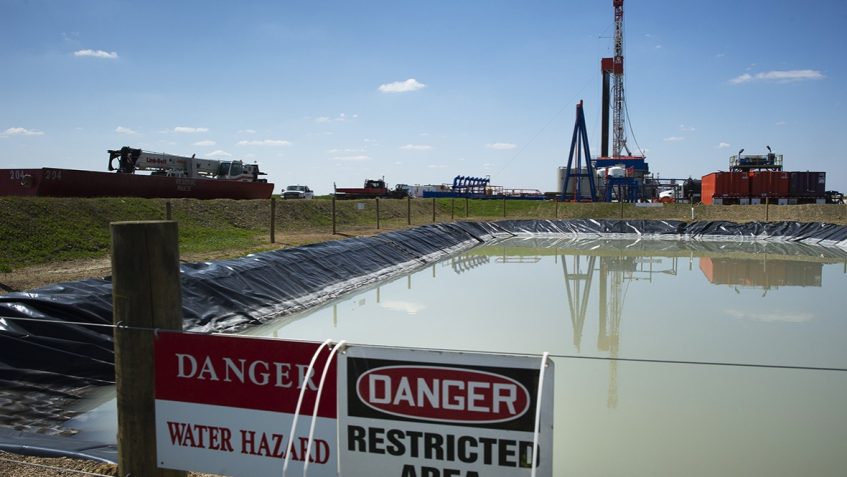 New York City – State Senator Liz Krueger, New York City Council Speaker Corey Johnson, Assembly Member Robert Carroll, and 37 other members of the Senate, Assembly, and City Council released a letter today to the commissioners of the Delaware River Basin Commission, urging them to implement a complete and permanent ban on natural gas development and hydraulic fracturing (fracking) and all related activities within the Basin. The Delaware River runs through four states – New York, Pennsylvania, New Jersey, and Delaware – and provides drinking water for more than 15 million people, including New York City. The full text of the letter can be read below, and is also available here.

“The safety of Americans’ drinking water should be should be a primary concern for all public officials, especially after the severe failures of oversight in Flint, Hoosick Falls, and other communities around the country,” said Senator Liz Krueger. “The dangers of fracking have been well established, to the point that New York State has banned the practice outright. So it makes no sense to allow fracking or fracking waste anywhere near the Delaware watershed, or to let this pristine public water resource be used for fracking operations elsewhere. I urge the commissioners to look to their responsibility to protect the health of their constituents, and say no to fracking.”

“Fifteen million people depend on drinking water from the Delaware River Basin, including the people I represent in New York City,” said Council Speaker Corey Johnson. “That is why it is imperative that the Delaware River Basin Commission enact a complete and permanent ban on fracking and all fracking-related activities within the Basin. We know that all phases of hydraulic fracturing – better known as fracking – can be harmful to the public health, which is why this action is so important. Safe drinking water is essential, and the only way to guarantee that is with a complete ban.”

“The recently proposed regulations that would allow for the possibility of fracking operations to take place in the Delaware River basin would potentially jeopardize the quality of the drinking water for fifteen million people, including all of New York City,” said Assembly Member Robert Carroll. “It is time for the current Delaware River Basin Commission moratorium on gas drilling and fracking to become a permanent ban so that those who depend on the Delaware River watershed can rest assured that their water will remain clean for years to come.”

The Delaware River Basin Commission is a federal-interstate agency formed in 1961 to manage the resources of the Delaware River watershed. The members of the Commission include the Governors of Pennsylvania, New York, New Jersey, and Delaware, and the federal government. Since a moratorium was enacted in 2010, the DRBC has had a de facto prohibition in place on all natural gas extraction projects in the Basin, as well as associated activities including wastewater discharge and water withdrawals. However, new regulations recently proposed by the Commission would allow for some fracking wastewater treatment, storage, and disposal in the watershed, as well as withdrawal of water to be used for fracking operations elsewhere.

In the letter, the elected officials urge the Commissioners to extend the current moratorium into a permanent ban on gas drilling and fracking and its related activities throughout the watershed. The officials cite the significant evidence that fracking has substantial adverse effects on public health and the environment, which led to a statewide prohibition of fracking in New York. They also point out that the natural gas industry has received unprecedented exemptions from critical environmental and public health laws, including the Safe Drinking Water Act, the Clean Air Act, and the Clean Water Act, as well as New York State’s hazardous waste disposal regulations. The letter was submitted as part of the public comment period for the proposed regulations.

We represent millions of residents in New York City and State who rely on the Delaware River watershed to supply our drinking water needs. We write to urge the Delaware River Basin Commission (DRBC) to enact a complete and permanent ban on natural gas development and hydraulic fracturing and all related activities (including drilling, fracking, wastewater processing, and discharges from and water withdrawals for drilling and fracking operations) throughout the Basin.

As the federal-interstate agency formed under a Compact in 1961 to manage the water resources of the Watershed, the DRBC members – the Governors of Pennsylvania, New York, New Jersey, and Delaware, and the federal government – are charged with protecting the shared waters that provide over 15 million people with drinking water, including ourselves and our constituents in New York City. The DRBC actions are based on its powers to establish standards, plans, rules and regulations, and to control, prevent and abate pollution from activities that may have a substantial effect on the water resources of the Basin. Through these means, the DRBC has worked to protect public health and preserve basin waters to meet “present and future needs.”  We applaud and support the DRBC’s mission, which equally protects all watershed states, and those who live, work, and recreate here, now and in the future.

There is significant evidence that natural gas development, and its related operations, have substantial adverse effects on public health, property interests, agriculture, air, water, and land. This includes all the phases of the hydraulic fracturing (“fracking”) process, from the first stage of industrial land preparation; to the storage, handling, and use of chemicals and additives for extraction and stimulation; to drilling and fracking; to the withdrawal of and degradation of large volumes of water; and its discharge and disposal as waste. The natural gas industry has received unprecedented exemptions from our nation’s most important environmental and public health laws, including the Safe Drinking Water Act, Clean Air Act, and the Clean Water Act.

The DRBC currently prohibits permitting for natural gas extraction projects in the Delaware River Basin. The Commissioners enacted a drilling moratorium by Resolution in May 2010. As stated by the DRBC when Executive Director Carol Collier first removed the thresholds for project review in 2009, it was determined “that as a result of water withdrawals, wastewater disposal, and other activities, natural gas extraction projects in shale formations may individually or cumulatively affect the water quality of Special Protection Waters by altering their physical, biological, chemical, or hydrological characteristics.” The current de facto moratorium on gas drilling, fracking, and associated activities includes wastewater discharges and water withdrawals. DRBC permits for wastewater discharges since 2010 have been conditioned on the prohibition of wastewater produced by fracking, preventing its import and discharge.

After an exhaustive environmental and public health analysis, the State of New York prohibited fracking. The NY Department of Health concluded that the overall weight of evidence demonstrated the likelihood that adverse health outcomes and environmental impacts from fracking could not be prevented, leading to the Governor’s decision to ban high volume hydraulic fracturing in the state.

The time has come to turn the current DRBC moratorium into a permanent ban on gas drilling and fracking and its related activities throughout the Delaware River Watershed. We oppose the storage, treatment, disposal, and/or discharge of fracking wastewater within the Basin, and the withdrawal of water from the Basin for fracking. We support a complete and permanent ban throughout the Basin and respectfully request that the Commissioners revise the proposed draft regulations to enact this ban now.