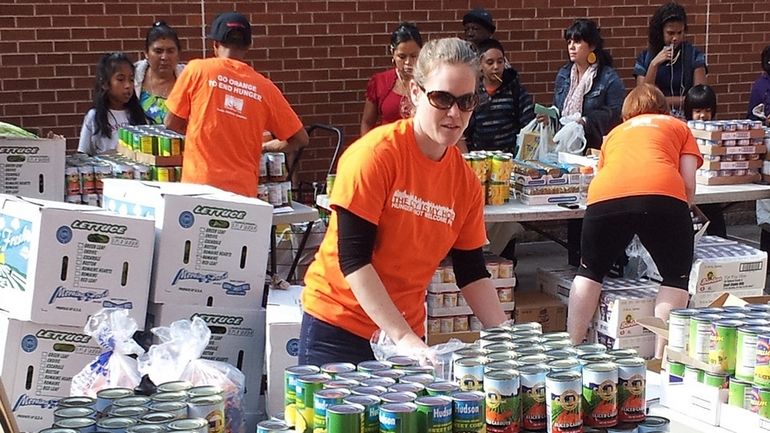 New York – Today, in an op-ed published in Crain’s New York Business, Senator Krueger, Fund For New York City President Mary McCormick, and fellow co-founder of the Food Bank of New York City Kathy Goldman, argue that Trump Administration plans to replace SNAP with a box of government-chosen food will worsen the chronic hunger crisis in New York and across the country.

Thirty-five years ago the federal government came to New York City with 17 million pounds of cheese for poor New Yorkers and no plan. For weeks city leaders recruited community-based organizations to figure out how to distribute 10-pound blocks of dairy product. Washington’s actions demonstrated how out of touch it was with the realities of hunger.

We never thought we would see those days again. Then the Trump administration released its latest budget proposal.

As it happens, 1983 was also the year we began building a food bank for our city. A group of concerned New Yorkers came together to respond to the unprecedented need they were seeing in their communities. City government provided the startup funding, and three food corporations made early pledges of year-round food donations to make the effort a success. Together, we were able to take an empty warehouse in the Bronx and transform it into the main source of food, resources and information to prevent hunger in our city.

Food Bank for New York City now provides food for nearly 1.4 million New Yorkers through a network of approximately 1,000 food pantries, soup kitchens, community-based organizations and schools. The founding of Food Bank is a powerful demonstration of what can be achieved when New Yorkers step up on behalf of their neighbors. To this day, government remains a necessary and vital partner, corporate allies continue to contribute resources to the fight against hunger, and individual New Yorkers generously lend their time and energy. All of the work of Food Bank today is rooted in those early partnerships.

While this work has provided a vital resource for New Yorkers with nowhere else to turn, we cannot celebrate that the need for emergency food has only grown. We started this organization to address a crisis, believing that through advocacy for strong public policy, we would reduce and ultimately end hunger. We never imagined our city would still need it more than three decades later.

Today Food Bank is addressing a chronic, systemic gap—which the White House’s budget would make worse. This proposal would radically cut and restructure the Supplemental Nutritional Assistance Program (SNAP)—formerly called food stamps—by cutting benefit amounts and instead forcing recipients to accept a box of food chosen by the federal government. These food boxes would increase bureaucracy while reducing efficiency, dignity and choice.

SNAP is our nation’s first line of defense against hunger. It provides more meals in New York City in 10 weeks than the entire network of food pantries and soup kitchens does in a year. Any cut to SNAP would widen our city’s annual meal gap, already at 225 million missing meals.

Elected leaders in D.C. have it within their power to solve chronic hunger. While the president’s budget proposal faces stiff odds in Congress, this is also the year Congress is scheduled to reauthorize the Farm Bill, which will set our nation’s food policy for the next five years. Congress must ensure that families and individuals have the support they need to thrive, rather than imposing additional burdens on people struggling to make ends meet.

In a nation with this much wealth and abundance, the ultimate end to hunger is not found in a food box, but in public policy that addresses its underlying causes.

Mary McCormick, president of the Fund for the City of New York, and Kathy Goldman are co-founders of Food Bank for New York City. State Sen. Liz Krueger was its first director of operations.