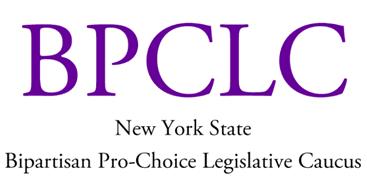 Albany – State Senators Andrea Stewart-Cousins and Liz Krueger, and Assemblywoman Ellen Jaffee, Co-Chairs of the New York State Bipartisan Pro-Choice Legislative Caucus, today released a letter to U.S. Department of Health and Human Services Director Roger Severino, opposing proposed rule changes that would vastly expand the ability of healthcare providers and associated individuals to deny care to patients based on their personal beliefs. The proposed rules threaten to endanger the safety and well-being of a broad range of Americans seeking a variety of healthcare services. The full text of the letter can be read below, and is also available here.

“The fact that it is 2018 and yet we need to keep fighting to ensure women have access to emergency healthcare and preventative services is deeply troubling,” said Senate Democratic Leader Andrea Stewart-Cousins. “The proposed changes drafted by the Trump Administration’s Department of Health and Human Services are simply unacceptable and put women’s lives and rights in danger. New York State has a responsibility to step up and voice our outrage with these proposals, and I am proud to join my BPCLC colleagues in this fight.”

“These proposed rules are an outrageous expansion of the Trump Administration’s war on women’s health and the freedom of a woman to make her own decisions about her life and her body,” said State Senator Liz Krueger. “The rules not only violate existing laws to protect patients, they also contravene the ethical obligation of healthcare providers to offer the best care based on patients’ needs. If these rules take effect, the result will be more stigmatization, injury, and death for women seeking reproductive healthcare.”

“In 2018 the discriminatory rules proposed by the Trump Administration put our patient-centered healthcare system and women’s very lives in danger, making it abundantly clear that the fight for women’s freedom and full equality is far from over,” said Assemblywoman Ellen Jaffee. “New York State has a long history of standing up for women’s rights and protecting individuals from discrimination. Today, I stand with my BPCLC colleagues in strong opposition to these outrageous proposals and vow to continue fighting for every woman’s fundamental right to make reproductive health care decisions that are best for her and her family.”

On January 26th, the Department of Health and Human services issued a proposed rule change that greatly expands the ability of individuals and entities to refuse care to patients based on their religious or moral beliefs. The rules allow for the denial of any part of a health care service, and offer an expansive definition of those who “assist in the performance” of those services, potentially including support staff, receptionists, or volunteers. In addition, under the proposed rules, providers refusing care are not required to offer any information or referrals related to obtaining care, and are not even required to inform patients that they are not being offered the full range of care. Further, the rules expand the definition of “health care entity” to include insurance plan sponsors and administrators, meaning employers could refuse to provide insurance to cover certain care, a clear violation of existing law.

The New York State Bipartisan Pro-Choice Legislative Caucus (BPCLC) was established in 2010, and includes members of both the State Senate and Assembly. The mission of the BPCLC is to protect reproductive rights across the state, and provide a voice for pro-choice state legislators in policy debates at both the state and national level. Specifically, the BPCLC works to protect access to quality reproductive health services, remove barriers to these services, ensure access to education about reproductive choices, and respond to any potential infringements to the legal right to reproductive healthcare in New York State.

As the three Co-Chairs of the New York State Bipartisan Pro-Choice Legislative Caucus (BPCLC), with over 100 legislative members we write to oppose the U.S. Department of Health and Human Services’ proposed rule changes as outlined in the Protecting Statutory Conscience Rights in Health Care; Delegations of Authority, which appeared in the Federal Register (Vol. 83, No. 18) on January 26, 2018. The new rules promote discrimination, endanger women’s health and lives, and compromise the integrity of our healthcare system.

As State Legislators, we cannot support policies that would allow a broad range of covered entities to refuse preventive and emergency healthcare services to women, especially when there is no obligation to refer or ensure that services are provided elsewhere. A woman has the legal right to receive a prescription and have contraception dispensed; to schedule and have an abortion performed; and to receive treatment in cases of reproductive health emergencies. The proposed rule would open the door to more widespread discrimination against women’s reproductive health and rights, and that is simply unacceptable.

The proposed rule would also set a dangerous precedent by permitting refusal of emergency transportation and/or health care to women. When pregnancy threatens a woman’s life or health, and she does not have access to abortion, this can lead to future infertility, severe health complications, and even death. The maternal mortality rate in the United States is already significantly higher than in comparable countries, and would only increase under this rule.

Our healthcare system is built on patients entrusting their care to practitioners who are obligated, legally and ethically, to provide comprehensive, unbiased medical care. Patients trust that they will be fully informed and receive the care they require, or be referred if necessary. If conscientious objection in women’s healthcare becomes the rule instead of the exception, then a patient-centered healthcare system becomes practitioner-centered, riddled with the potential for medical neglect and violation of professional ethical standards. Our laws and policies must not support healthcare providers’ personal beliefs at the expense of women’s health and well-being.

We respectfully submit that Protecting Statutory Conscience Rights in Health Care; Delegations of Authority is excessively broad in scope, unnecessary due to existing state and federal laws, and would threaten the integrity of our healthcare system. As lawmakers who support policies that further women’s equality and women’s reproductive health and rights, we strongly oppose this Proposed Rule.

Thank you for the opportunity to provide comments and for your attention to this critical matter.

Please feel free to follow up with the BPCLC through the office of State Senator Liz Krueger at 212-490-9535, or at the address listed below.