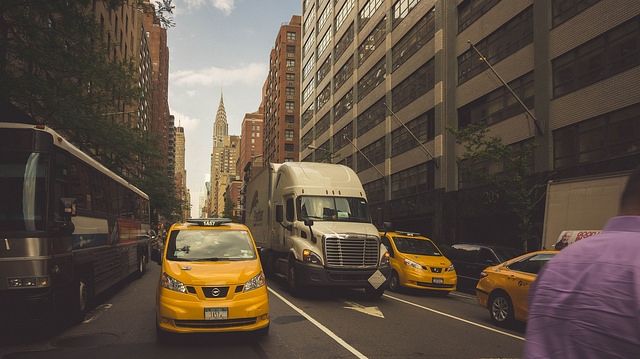 New York – Today, in an op-ed published in Crain’s New York Business, Sen. Liz Krueger outlined the shortcomings of the recently passed state budget regarding New York City’s transit and traffic crises, and the need to charge all vehicles to reduce congestion and provide sufficient funding for transit improvements.

The dust has settled on the state budget, and following months of vigorous debate we have two new policies targeting our city’s subway, bus and traffic crises. The budget legislation places a small surcharge—required to be passed along to passengers—on taxi and for-hire-vehicle trips that begin or end in Manhattan south of 96th Street. It also authorizes at least 50 new bus-lane enforcement cameras within the same boundaries.

These two policies, selected from a suite of recommendations made by the governor’s Fix NYC advisory panel, are important first steps. Unfortunately, a lot was left on the table, and much work remains.

The purpose of congestion pricing is to discourage some portion of vehicle trips into the most traffic-choked part of the city—especially during the busiest times of day. However, the new taxi/FHV surcharge is not high enough to significantly suppress demand for rides in the congestion zone, and will do nothing to discourage Uber and Lyft drivers from cruising for fares there. Although the surcharge will provide a needed revenue stream of about $400 million a year for the Metropolitan Transportation Authority, it will do little to reduce traffic. Prominent transportation economist Charles Komanoff calculates it will lead to a negligible increase in average vehicle speeds—just 3%.

Furthermore, singling out taxi and FHV riders to pay a congestion fee while letting private vehicles and trucks continue to pay nothing ignores that all vehicles contribute to congestion. If we are serious about addressing the impact of Uber, Lyft and other ride-hailing companies on Manhattan, we should explore caps on their numbers in the congestion zone and/or a fee system based on time spent “cruising” there. However, to approach the 25% to 30% traffic reduction that international cities with congestion pricing have enjoyed, we need a comprehensive plan that charges all vehicles.

Like the for-hire vehicle surcharge, the new bus-lane cameras will have a limited impact. Although the state allowed more cameras, it did not alter the arbitrary cap on the number of bus routes that the city can enforce with cameras. New cameras will be added to the existing Select Bus Service routes in the congestion zone south of 96th Street, but nowhere else. In core Manhattan, nearly every avenue has a bus lane, but the city remains illogically barred from enforcing them with cameras, except along First and Second avenues’ SBS routes. Predictably, unauthorized vehicles routinely use the bus lanes, rendering them almost useless.

To get our city moving again we need to invest heavily in public transit—the most effective method to move millions of New Yorkers—and make the best use of our streets. This means prioritizing buses and putting a fee on the congestion and pollution that every vehicle trip creates. We’ve gotten the ball rolling, but we shouldn’t fool ourselves that the job is done. We still have a long way to go to build a rational transportation system that is efficient, reliable, accessible and fair for all New Yorkers. Our world-class city deserves nothing less.