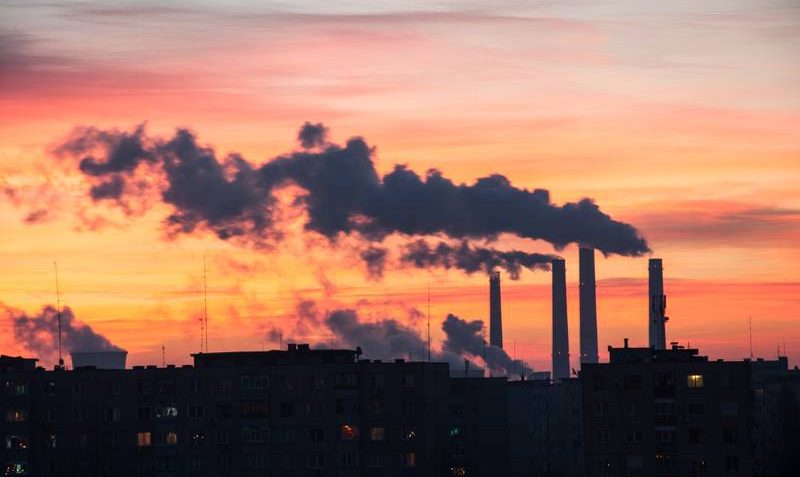 New York – Today, in an op-ed published in the New York Daily News, Senator Liz Krueger and Assembly Member Jeff Dinowitz argue that fossil fuel companies, not taxpayers, should be the ones to pay to clean up the mess they’ve made of our climate.

Make the climate polluters pay up

It can be hard to figure out how one individual state can act to address global problems. A case in point: climate change, an existential threat to the future of the planet and all who inhabit it.

Recently, temperatures reached 122 degrees Fahrenheit in the South Asian subcontinent, baking one and a half billion people in India, Pakistan, Bangladesh and Sri Lanka in an extreme heatwave that scientists believe was made 30 times more likely to occur by climate change. The sweltering heat killed livestock, crops, wild animals and at least 90 people.

The United States is not immune to searing heat. We have seen similar heat waves take out power grids in Texas as well as in New York. High temperatures out West have fueled unprecedented wildfires and evaporation of often already scarce water supplies, and our western state counterparts are currently experiencing the worst drought in more than a millennium. Closer to home, in New York, prolonged heat has triggered toxic algal blooms that threaten our freshwater supplies and recurring heatwaves have claimed lives — especially in urban areas such as New York City.

Climate change has also fueled an increasing intensity and frequency of storms that have battered New York, causing billions of dollars in damages — amounting to $19 billion from Superstorm Sandy in New York City alone. Since 2010, the National Oceanic and Atmospheric Administration estimates that natural disasters have cost New York up to $100 billion in damages and lost economic impact, representing a tenfold increase from previous decades.

Researchers have estimated the potential economic costs of climate change in New York State for key sectors may approach $10 billion each year by the mid-21st century.

Given federal gridlock and intransigence, if not outright antagonism, states like New York have stepped up with aggressive goals to cut greenhouse gas emissions. The state’s landmark Climate Leadership and Community Protection Act of 2019 requires that we achieve net-zero greenhouse gas emissions by the year 2050 and rapidly move to transition our electrical grid to fully renewable energy. These are vital goals, but they will come with significant cost.

The questions facing policymakers are not easy. How do we equitably distribute responsibility for the costs of saving our planet’s future? Who should bear the costs of responding to this deadly threat, and how do we ensure that the responsible parties do not pass these costs onto the public in the form of higher prices?

One thing we all know is that fossil fuel companies are significantly responsible for the damage that has been done to our climate and the dangers we face if we do not act quickly. These corporations have known for decades that their product was destroying our climate, and they did everything they could to hide the truth from the public so they could continue to generate billions of dollars in profits at the expense of future generations.

Under this model, the state identifies contaminated sites, investigates the responsible party, and charges the polluter. Notably, this program does not require that the polluter acted negligently or with intent to damage the environment in order to collect payment — the simple act of creating the mess is sufficient to hold the responsible party to account for their actions.

Working off this State Superfund model, we have introduced new legislation that extends the principle of the “polluter pays” to the damage to our climate caused by greenhouse gases released into the atmosphere from burning fossil fuels, the predominant contributor to global climate change.

This first-in-the-nation legislation has the potential to generate tens of billions of dollars that can be used to pay for adaptive infrastructure such as coastal defenses, resilience projects for highways and subways, sewage system retrofits, public school air conditioning, and many more expensive but necessary infrastructure improvements to ensure a livable future for our children and grandchildren.

If we’re successful, this legislation can be a model for other states and nations worldwide on how to pay for the staggering costs of dealing with climate change. Fossil fuel companies make enormous profits from exacerbating climate change, even today as they continue to gouge consumers on gas and home energy prices.

The world knows that it faces a dire threat and staggering costs. It’s time to make those who made the mess pay for the cleanup. Make the climate polluters pay.