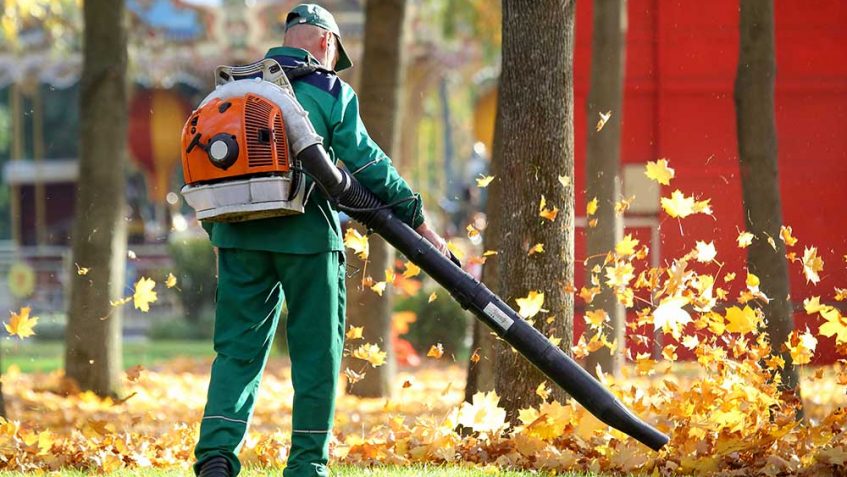 by admin in Home Page, News
Albany – Today, State Senator Liz Krueger, Chair of the Senate Finance Committee, and Assemblymember Steve Englebright, Chair of the Assembly Committee on Environmental Conservation announced the introduction of a bill (S.7453/A.8327) to create a rebate program for the purchase of electric landscaping equipment.

“Addressing the climate crisis requires action on all fronts,” said Senator Krueger. “Gas-powered landscaping equipment emits a stunning amount of greenhouse gases and co-pollutants, not to mention the noise that blights communities across the state. This bill will make it easier for New Yorkers, particularly landscaping companies, to transition to cleaner, quieter equipment. It’s a win for small businesses, workers, communities, and our shared environment.”

“Providing consumers with an incentive to modernize lawn-care equipment will help prevent harmful air and noise pollution, fights climate change by reducing greenhouse gas emissions, and is cheaper and easier to maintain,” said Assemblymember Englebright. “This is a win for the environment, our health, and our wallets.”

Gas-powered landscaping equipment has a significant negative impact on workers, communities, and the environment. Electric equipment, on the other hand, is lighter, quieter, has lower maintenance costs, a significantly smaller environmental footprint, and is better for workers’ health. S.7453/A.8327 would create an Electric Landscaping Equipment Rebate Program, administered by the New York State Energy Research and Development Authority (NYSERDA). It would offer point-of-sale rebates totaling up to $15,000 annually for commercial landscapers and institutional users, and up to $300 annually for individuals who purchase battery-powered electric landscaping equipment, such as leaf blowers, weed whackers, or lawn mowers.

Noise is also a significant negative impact from gas-powered lawn care equipment. According to a 2018 report in the Journal of Environmental and Toxicological Studies, sound levels at distances of 100 to 400 feet were up to 22 decibels louder for gas-powered leaf blowers than their battery-electric equivalents (the decibel scale is logarithmic, so each increase of 10 represents a noise ten times louder). The report goes on to say, “the routine use of multiple [gas-powered leaf blowers] and other noisy equipment for hours a day exposes not only workers but large numbers of people in the community to harmful levels of noise and threatens not only worker health, but public health, particularly of children, seniors, and other vulnerable populations.”

Julie Tighe, President of the New York League of Conservation Voters, said: “If New York hopes to reach its ambitious climate goals, we need to actively decarbonize every sector. This includes transitioning from gas-powered to electric landscaping equipment, which is responsible for a significant amount of greenhouse gas emissions and co-pollutants. The New York League of Conservation Voters applauds Senator Krueger and Assemblymember Englebright for taking the lead on creating a rebate program that will help this transition to clean landscaping equipment.”

Adrienne Esposito, Executive Director at Citizens Campaign for the Environment (CCE), said: “When New Yorkers mow their lawn or clean up leaves, they should not be contributing to climate change and poor air quality in our neighborhoods. This legislation will expand the use of cleaner, environmentally friendly landscaping equipment while providing financial savings to New Yorkers and small businesses. CCE commends Senator Krueger and Assemblyman Englebright for their leadership and urges the legislature to pass this bill when they return to Albany.”

Conor Bambrick, Director of Climate Policy for Environmental Advocates NY, said: “It may seem surprising, but small engines mean big pollution. One recent study even found that leaf blowers produce more pollution than a pickup truck. If New York is to meet its climate goals, we need to make sure we retire every fossil fuel powered tool. Senator Krueger’s and Assemblymember Englebright’s legislation will go a long way to making that a reality.”

Roger Downs, Conservation Director for the Sierra Club Atlantic Chapter, said: “Nothing can ruin time off at home like the loud din of neighborhood leaf blowers and lawnmowers. The noise is irritating, but few understand that our loud, gas powered landscaping tools are also tremendously polluting and a significant contributor to asthma and other pulmonary diseases. By creating an incentive program to put emission free lawn equipment in every New Yorker’s hands, Senator Krueger and Assembly Member Englebright are once again leading the charge to protect our air quality and climate goals through innovative solutions.”