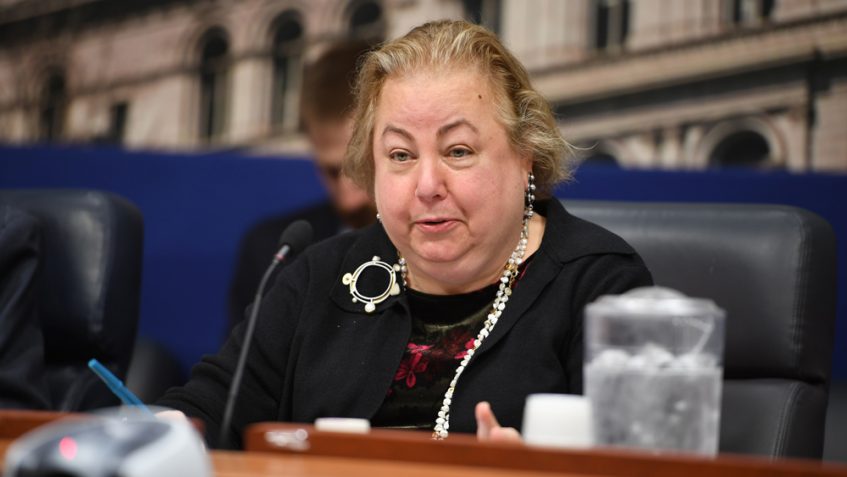 Albany – Today, State Senator Liz Krueger, Chair of the Senate Finance Committee, and Assemblymember Harvey Epstein introduced a bill (S.7264) to prevent anyone currently serving as an employee of the Executive Chamber, or a registered lobbyist from being appointed to serve in positions subject to Senate confirmation or on boards of industrial development agencies.

“If our state government is going to earn and retain the trust of New Yorkers, we must ensure that those individuals who are given positions of authority over public funds or other critical public decisions are fully independent,” said Senator Krueger. “That means there must be no question that appointees’ first loyalty will be to the body they are serving and the people of New York, not to their employer, whether that is a lobbying firm with interested clients, or a Governor with a political agenda.”

“The health of New York’s democracy relies on participation from its citizens, and for New Yorkers to get involved, they need to be assured of the integrity of their government,” said Assemblymember Epstein. “This legislation aims to eliminate the opportunity for both the perception and reality of pay-to-play politics with the goal of increasing New Yorkers’ confidence in their government and ensuring independence when it comes to spending public dollars.”

S.7264 amends the public officers law, public authorities law, general municipal law, and the Urban Development Corporation Act to prevent anyone currently serving as a state officer or employee of the Executive Chamber, or a registered lobbyist from being nominated by the Governor to serve on any boards or agencies that require Senate approval, the boards of any public authorities, the Empire State Development Corporation, or on an industrial development agency.

Individuals nominated or appointed to boards, authorities, or commissions have a responsibility to be independent, and to act in the best interest of the authority. Preventing those registered as lobbyists, or employees of the Executive Chamber, from serving on boards or authorities, would bolster public trust in government and increase government effectiveness. Doing so would also guarantee that individuals serving in these positions have a level of independence and freedom from conflicts of interest consistent with the law and an authority’s intended purpose.