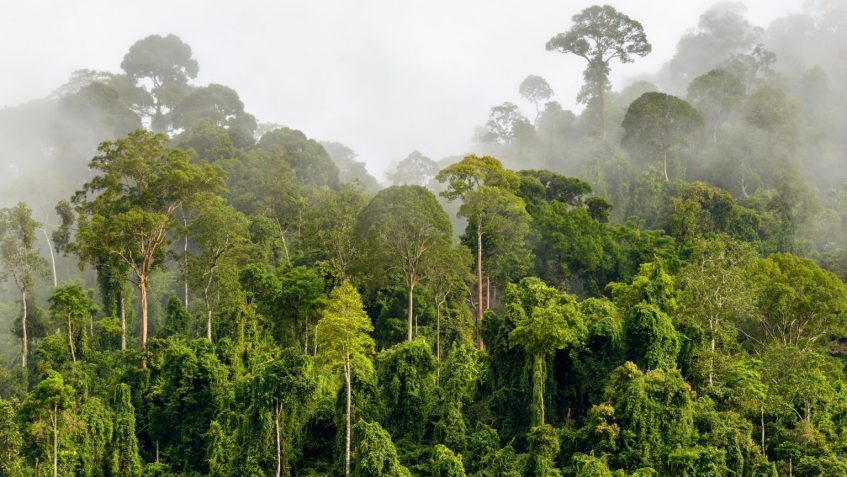 “The days are long past when New Yorkers can pretend that what goes on in another part of the world has no impact on us,” said Senator Krueger. “Whether its climate change or COVID-19, tropical and boreal deforestation – driven by our consumer choices – is creating ecological and social crises on a global scale that we cannot ignore. When you’re in a hole, the first thing to do is stop digging. That’s why New York State needs to ensure that the products we buy are not contributing to the loss of Earth’s most vital ecosystems.”

“New York State has a moral responsibility to our planet and future generations to become better stewards of the environment,” said Assembly Member Zebrowski. “This legislation will ensure that we are not engaging in practices that drive the deforestation of the earth’s most precious forests. We have and will continue to feel the devastating impacts; this bill looks to protect what we haven’t already lost.”

By tightening an existing ban on the use of tropical hardwoods for government projects, and creating a new statute requiring state contractors who deal in forest-risk commodities to certify that their products don’t drive deforestation, the Deforestation-Free Procurement Act will help to ensure that New York State government procurement does not drive tropical or boreal deforestation, while giving a boost to growing supply-chain transparency efforts in the effected industries. The bill is modeled on similar legislation that has recently been reintroduced in California.

“Healthy forests are critical to a stable environment, yet unsustainable deforestation in tropical and boreal forests around the world is greatly accelerating the already rapid pace of human-caused climate change and pushing countless species towards extinction,” said Senator Elijah Reichlin-Melnick, Chair of the Senate Committee on Procurement and Contracts. “Our state government has the power and duty to make sure that the companies we contract with and the products we procure are not contributing to unsustainable deforestation and climate change. I am proud to be a co-sponsor of this legislation to make New York a leader in environmentally responsible procurement.”

Tropical forests harbor close to 50 percent of all species on Earth. Those species are now going extinct at a rate that is at least 100 to 1,000 times higher than historical levels, due to human activity. An estimated 20 percent of the world’s greenhouse gas emissions come from deforestation and forest degradation. Taking into account carbon sequestration potential, stopping the loss of tropical forests, mangroves, and wetlands could provide over 20 percent of necessary climate mitigation by 2030.

Boreal forests represent about 30 percent of the global forest area, help regulate the climate through the exchange of energy and water, and are a large reservoir of biogenic carbon, storing twice as much per acre as tropical forests. Canada’s boreal forest alone stores nearly twice as much carbon in its vegetation and soil as the entire world’s combined oil reserves.

Globally, an estimated 18,000,000 acres of forest, an area more than half the size of New York State, are lost every year to deforestation according to the Food and Agriculture Organization of the United Nations, with over one-half of Earth’s tropical forests already gone. At the current pace, the entirety of Earth’s tropical rainforests will be degraded or destroyed within the next 100 years.

Loss of biodiversity resulting from forest degradation and deforestation, as well as human encroachment on formerly undisturbed ecosystems, also increases the risks of zoonotic disease pandemics such as COVID-19.

The primary factor leading to tropical deforestation is degradation and road-building associated with logging for timber, while the largest direct cause of tropical deforestation is industrial-scale production of agricultural commodities. Industrial logging to make single-use tissue products, newsprint, and lumber is a large driver of boreal forest degradation and deforestation. Together, these products are increasingly known as “forest-risk commodities.”

The New York Deforestation-Free Procurement Act will update and close loopholes in existing statutes that limit the purchase of tropical hardwoods by the state and local governments, and create a new statute requiring contractors that sell forest-risk commodities to state agencies or authorities to certify that they are not contributing to tropical or boreal intact forest degradation or deforestation directly or through their supply chains.

“New York State must be a proactive steward not only of its own resources, but also those of the rest of the world,” said Senator Jeremy Cooney. “Too often, our State’s purchasing power has contributed to the depletion of our world’s most essential and fragile ecosystems. This bill sends a clear message that this State will not buy products or engage in practices that harm our planet.”
“The experts all agree that our climate is at a tipping point, and if we don’t start taking action to reverse course, we will soon be past the point of no return,” said Senator Anna M. Kaplan. “It’s critical that New York continue to lead the way and enact common-sense legislation that conserves our critical resources and helps us turn the corner of the climate crisis, and the New York Deforestation-Free Procurement Act is an important step towards making our state a better steward of our precious environmental resources. I’m thankful for Senator Krueger and Assemblymember Zebrowski’s work to craft this important bill, and I’m proud to be a co-prime sponsor.”
“We often talk about the climate crisis, but another equally dangerous crisis we face is the staggering loss of biodiversity we are witnessing due to habitat destruction,” said Senator Rachel May. “One of the major contributors to both of these crises is deforestation. As a sustainability professional, I am proud to co-sponsor this legislation, which will help ensure that purchases made by the State of New York do not contribute to deforestation of tropical or boreal forests anywhere in the world. It is imperative that we move public dollars away from practices that are damaging to the health and wellbeing of all of us.”
Julie Tighe, President of the New York League of Conservation Voters, said, “Trees and forests are one of the first lines of defense in the fight against climate change. They sink carbon and help regulate temperatures. Protecting these vital natural resources has been an NYLCV top priority for decades. This legislation would ensure that the State does not contribute to deforestation, which will improve our ecosystem and act on climate. Thank you Senator Krueger and Assemblymember Zebrowski for their leadership.”

Jeff Conant, Senior International Forests Program Manager at Friends of the Earth U.S., said: “Forests are essential to stabilizing our climate; they are home to numberless species and irreplaceable cultures; and they are the Earth’s immune system, preventing the emergence of pandemic diseases. We’re thrilled to see New York State join the movement to tackle the root causes of forest destruction with the introduction of this crucial piece of legislation.”

Jennifer Skene, Natural Climate Solutions Policy Manager with the Natural Resource Defense Council’s Canada Project, said: “Our purchasing decisions here in the U.S. have climate, biodiversity, and human rights reverberations in forests around the world. New York’s bill is an essential step away from destructive forest products supply chains and toward the kinds of transformative solutions we need to protect our two lungs of the earth, the tropical and boreal forests.”

John F. Calvelli, Executive Vice President for Public Affairs at the Wildlife Conservation Society, said: “The Wildlife Conservation Society applauds Senator Krueger’s leadership to reduce New York’s contribution to the deforestation of valuable tropical and boreal forests globally. Ecologically intact forests are the foundation for nature-based solutions, which can provide nearly one-third of the climate action needed by 2030. Without them, there is no viable pathway to decarbonizing by 2050.”

Corey Klemmer, Director of Engagement at Domini Impact Investments, said: “Forests can be our most important ally in the fight against climate change and biodiversity loss, yet we are currently trapped in a system that undermines and destroys forest health and value. Our investments and markets, like so much else, rely on healthy forests. Through S.5921, New York State has an important opportunity to help shift the market and its own impacts towards a more sustainable system.”

Frank Sherman, Chair of the Board, Interfaith Center on Corporate Responsibility and Executive Director at Seventh Generation Interfaith, said: “According to the Intergovernmental Panel on Climate Change’s 2018 report, halting deforestation and restoring landscapes and forests is one of the best, most cost-effective options available to keep temperatures under 1.5°. In order to contribute to this reduction, it is important that all actors — investors, companies and governments act swiftly. New York State should take all steps necessary to eliminate deforestation from its procurement and in this way increase its contribution to Paris-compliant climate strategies.”