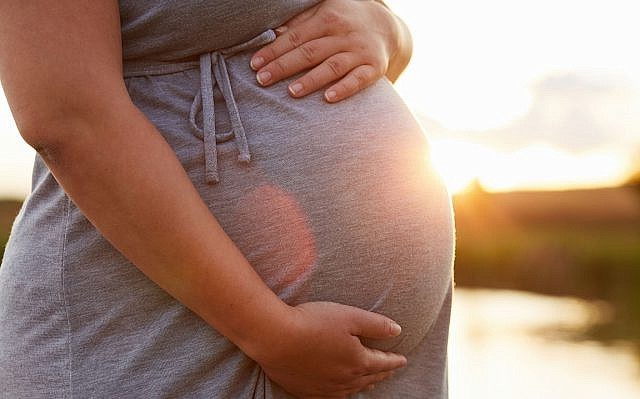 by admin in Home Page, News
Albany – Today, State Senator Liz Krueger and Assemblymembers Didi Barrett and Daniel J. O’Donnell announced the introduction of legislation (S.7717) to legalize and regulate compensated gestational and genetic surrogacy, as well as establish necessary protections for all parties involved in egg- and sperm-donations and assisted reproduction.

“Surrogacy can be a satisfying and positive experience, but it is also a complex physical, emotional, and legal process with the potential for serious negative outcomes.That is why it is vital to have protections in place for everyone involved, especially low-income people. Previous legislative proposals have not fully addressed concerns that I and many advocates have,” said Senator Krueger. “We need to clarify the law in this space in order to make an array of assisted reproduction options available to New Yorkers while also protecting the health, safety, interests, and rights of all parties, including intended parents, people acting as surrogates, egg- and sperm-donors, and children. I believe this bill takes the right approach to addressing these needs.”

“This new bill seeks to address the very complex and emotional issues surrounding surrogacy and assisted reproduction with protections for all the parties who may be involved, including intended parents; egg and sperm donors who may or may not be the intended parents; people acting as surrogates; and the children born from these agreements,” said Assemblymember Barrett. “We believe we can support New Yorkers who want to build their families in the ways that work best for them, and at the same time ensure the health, safety and well-being of those New Yorkers – largely young women – who help create these families by being donors and surrogates.”

“Choosing to have a child can be a beautiful and highly personal life decision,” said Assemblymember O’Donnell. “Through advancements in medicine, that choice has been expanded to include intended parents that deal with infertility, same-sex couples, and others that cannot conceive. I’m proud to be part of the effort to remove the barriers to surrogacy, and to ensure that these impactful agreements are done with the intended parents, surrogates, and most importantly – the child – in mind. The proposed legislation addresses many of the concerns surrounding surrogacy, and ensures that informed consent and agency of all parties involved is respected. The legislation is long overdue, and ensures that surrogacy is implemented as a safe, fair, and transparent process. I look forward to the legalization of surrogacy in New York State.”

Payment to Persons Acting As Surrogates:

Provisions for Egg- and Sperm-Donors:

Wendy Chavkin, MD, MPH, Mailman School of Public Health, Columbia University, said: “I am so glad that Senator Krueger’s bill with Assembly Members Barrett and O’Donnell has been submitted as it addresses the needs and concerns of ALL parties to surrogacy arrangements – the gamete providers, the person acting as surrogate, the resulting child, and the intended parents. New York can be a model for the nation in balancing the health and rights of everyone concerned.”

Yasmine Ergas, Director, Gender and Public Policy Specialization, School of International and Public Affairs, Columbia University, said: “Congratulations to Senator Krueger, Assemblymember Barrett, and Assemblymember O’Donnell for introducing a bill that recognizes and respects the rights of all those involved in assisted reproduction and surrogacy arrangements: children, surrogates, intending parents, ova and sperm providers. With this bill, New York can lead the way to fair and effective policy-making, domestically and internationally.”

Judy Norsigian, Co-Founder and Board Chair, Our Bodies Ourselves, said: “Our Bodies Ourselves would like to congratulate Senator Krueger, Assemblymember Barrett, and Assemblymember O’Donnell on introducing legislation that will address the needs of ALL parties to surrogacy agreements. As advocates for women’s health and LGBTQ rights for nearly half a century, we are pleased to see a bill that offers so many key features that should become public policy in other states as well.”

Diane Tober, PhD, Bixby Center for Reproductive Health, University of California, San Francisco, said: “As someone who has conducted research on assisted reproduction for decades–and with egg providers for the past 6 years–I am delighted to see this bill. To my knowledge, this is the first piece of legislation to consider the rights of all parties involved: intended parents, surrogates, gamete providers, and donor conceived people. It is particularly exciting to see a registry for gamete providers and donor conceived people, both to help facilitate the rights of donor conceived people to access biological and medical information, as well as to help collect much needed data on egg provider health outcomes. May this be a model for other states. Bravo!”