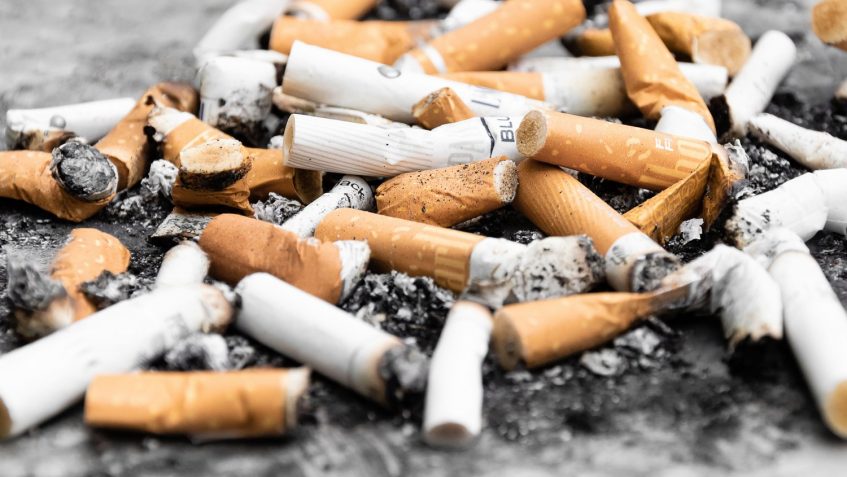 “Cigarette butts are everywhere – littering our streets, our parks, and our waterways, and spreading plastic pollution and toxic chemicals into our environment and our food supply,” said Senator Krueger. “The evidence is clear that in spite of all the Big Tobacco propaganda, filters do not make cigarettes any safer, and they may in fact make cigarettes even more deadly. Add to that all the discarded single-use e-cigarettes, which contain lithium-ion batteries and extremely poisonous liquid nicotine, and it’s clear that we need to act. It’s time for New York to nip these butts in the bud.”

“As Chair of the Committee on Children and Families, it is always my priority to ensure that our youth lead healthy, productive lives,” said Assemblywoman Jaffee. “Banning single use cigarette butts ensures that our youth do not begin a damaging cycle of tobacco use. Currently, 10,600 youth in New York become new daily smokers and an estimated 280,000 New York youth now alive will die early from smoking. Think too, of the detrimental effects cigarette butts have on our environment. Cigarette butts are a plastic product that significantly contributes to pollution in waterways and beaches and impacts the health of fish and other wildlife as well as the safety of the food supply for humans. We can reduce the harmful impact cigarette butts have on our environment by banning them in New York State.”

“Big Tobacco has spent decades misleading the public about the health benefits of filters in cigarettes,” said Senator Kaminsky. “Not only do these products fail to protect smokers but they also produce massive amounts of pollution and garbage.”

Despite what many people believe, cigarette filters, also known as butts, do not improve the safety or healthfulness of cigarettes. In fact, research indicates that filters likely increase the negative public health effects of cigarettes. Cigarette butts are also a plastic product that significantly contributes to pollution in waterways and beaches, and impacts the health of fish and other wildlife as well as the safety of the food supply for humans.

The Tobacco Product Waste Reduction Act would ban the sale in New York State of cigarettes with filters, as well as attachable single-use filters, and single use e-cigarettes, effective January 1st, 2022.

“Adding plastic filters to cigarettes poses no health benefit to smokers, and creates a massive source of toxic tobacco litter,” said Ilana Knopf, Director of the Public Health and Tobacco Policy Center at Northeastern University School of Law. “This bill corrects a history of industry deception and protects both human health and the natural environment.”

“Cigarette butts are a major source of plastic pollution and they leach nicotine and heavy metals into the water,” said Judith Enck, founder of Beyond Plastics and former EPA Regional Administrator. “People who would never litter a bag or a bottle, routinely flick butts into the environment, resulting in trillions of butts littering the earth each year. Cigarette filters are made from plastic cellulose acetate and eventually break down into micro plastics. We now face a new pollution threat from e-cigarettes. This is a very important bill that will help improve the environment in very significant ways.”

It is now well established, though not widely known to the public, that cigarette filters do not improve the safety or health of tobacco products, and are primarily a marketing tool to make cigarettes appear safer to consumers. Several studies, as well as reports from the Surgeon General, have found that filters may even make cigarettes more dangerous. According to a 2014 Surgeon General’s report, “evidence suggests that ventilated filters may have contributed to higher risks of lung cancer by enabling smokers to inhale more vigorously, thereby drawing carcinogens contained in cigarette smoke more deeply into lung tissue.” A 2017 study from the National Cancer Institute concurred, recommending that “the FDA should consider regulating [filter use], up to and including a ban.”

The perception that filtered cigarettes are safer also encourages smoking and leads to increased public harm. The 2017 NCI study found that “lower tar yield [i.e. filtered] cigarettes became the preferred choice of many smokers who perceived them to be a lower health risk because of health messaging. This perception was reinforced by the sensation of reduced harshness when smoking.” In 2010, the United States joined Canada and the EU in prohibiting the use of tobacco packaging or advertising using terms like “light,” “mild,” or “low,” which convey the false impression that filters reduce risk.

Electronic cigarettes and similar products also pose health hazards and may contribute to youth smoking and reduced smoking cessation, regardless of nicotine content. These products contain or produce chemicals other than nicotine known to be toxic, carcinogenic and causative of respiratory and heart distress. Emissions from these products may contain particulate matter, harmful to those exposed, including bystanders involuntarily exposed. The FDA has presented evidence of nicotine and other toxicants in exhaled electronic cigarette aerosol and stated exposure should be limited.

Nicotine-containing electronic cigarettes are the most common nicotine products used by students, with three million middle and high school students using them in 2015, according to a study published in Morbidity and Mortality Weekly Report. The FDA has expressed concern that use of these products, whether or not they contain nicotine, will provide visual cues to youth and will renormalize cigarette smoking and use of tobacco products, undermining tobacco control efforts and contributing to smoking initiation and reduced cessation, particularly among youth.

In addition to their negative public health impacts, cigarette butts are the most collected item internationally in beach and waterway cleanup programs. It is estimated that 845,000 tons of cigarette butts end up as litter annually worldwide. Cigarette butts have been described as “the last socially acceptable form of litter.”

Nearly all cigarette filters are made of cellulose acetate, a kind of plastic. They are not biodegradable, but they do break down into small particles that end up in waterways, in the bodies of fish and other animals, and eventually back in our food supply. Along the way, filters trap toxins from smoking, including arsenic, cadmium, toluene, nicotine, and ethylphenol, as well as bio-accumulating toxins from the environment. Even if filters could be made of biodegradable materials, the toxins accumulated in the smoking process would still render those cigarette butts hazardous waste.

Single-use electronic cigarettes and cartridges contain components such as lithium-ion batteries, as well as toxic chemicals and liquid nicotine that together qualify them as electronic, toxic, and hazardous waste. A single user could discard hundreds of single-use e-cigarettes every year. Such waste is inappropriate for standard municipal collection, and the cost to individual municipalities of cleaning up cigarette butts and single-use electronic cigarettes can run into the tens of millions of dollars.

Littered cigarette filters and liquid nicotine from single-use electronic cigarettes and cartridges also pose a health threat to young children. In 2013, the American Association of Poison Control Centers reported receiving over 8,500 reports of children under age 13 poisoned by cigarettes, cigarette butts, and other tobacco products. Children poisoned by cigarette butts or liquid nicotine can experience vomiting, nausea, lethargy, eye irritation, and gagging. Calls to American poison control centers concerning liquid nicotine exposures increased from one in February 2010 to 215 in February 2014, most of which involved children under the age of five, according to a study published in Morbidity and Mortality Weekly Report.

Rich Schrader, New York Legislative Director at the Natural Resources Defense Council (NRDC) said: “On top of cutting countless lives too short, cigarettes litter New York beaches and pollute our waterways with their hazardous filters. The hundreds of thousands of cigarette butts collected every year trap harmful toxins that get ingested by fish and other marine life and jeopardize our food supply. And to boot, local municipalities are on the hook for the costly cleanup. Butts are a public health danger and an enormous waste that we should absolutely do without.”

Jeremy Cherson, Legislative Advocacy Manager for Riverkeer, said: “Cigarette butts and single-use plastic e-cigarettes are a common form of plastic-based litter volunteers find on the shores of the Hudson each spring during our annual Riverkeeper Sweep. When cigarette filters contact water they release a cornucopia of toxic chemicals that are harmful to aquatic life and provide no public health benefit, as commonly assumed.”

Liz Moran, Environmental Policy Director for NYPIRG, said: “Cigarette filters pollute our environment and make smoking even more deadly. Increasingly cigarette and e-cigarette filters are the number one item found during beach cleanups. Not only are trillions of cigarette filters contributing to the global plastic pollution crisis, they are also introducing toxic materials into waterways, like nicotine and heavy metals, threatening drinking water quality and killing marine life. Cigarette filters should be banned entirely. NYPIRG thanks Senators Krueger and Kaminsky, and Assemblymember Jaffee, for carrying this important legislation.”

Embracing our Multicultural City: What We Can Do to Combat Religious and Racial Hatred