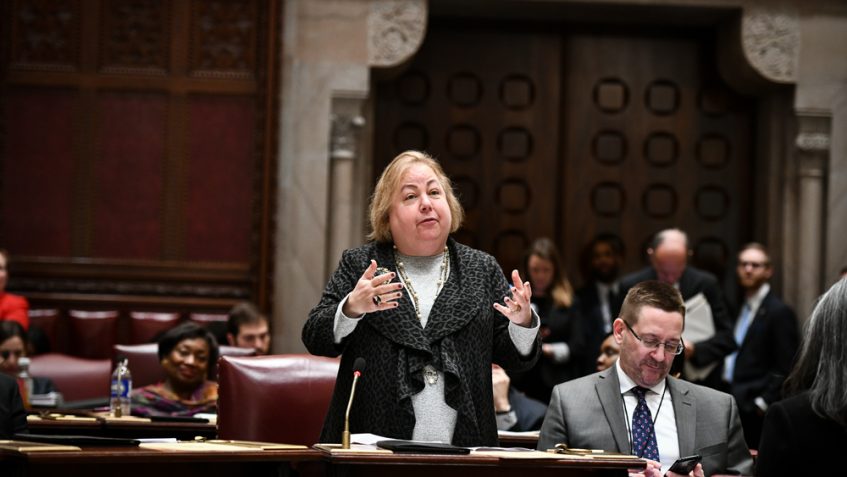 Albany – The Senate Majority’s budget resolution includes proposals to increase support for New York students, provide tax relief for overburdened New York families by implementing a permanent property tax cap, and restore proposed AIM cuts to struggling municipalities. The budget resolution reflects a responsible financial plan that is within the available revenues as forecast by State Comptroller Tom DiNapoli and remains within the 2% state spending cap. The budget resolution would improve the quality of life for New Yorkers with historic action on marijuana legalization, congestion pricing, protecting grassroots advocates, campaign finance reforms, the Nassau County Tax Assessment Reform proposal, and other important issues. This resolution, together with the Assembly one-house resolution, makes it clear that an on time, responsible, and effective budget is the priority for both legislative chambers.

The Senate Majority identified areas in the Executive Budget where state tax dollars could be saved through targeted spending reductions, workforce management efficiencies, and spending reclassifications, all cost-cutting measures which have been used in the past. By making these common sense corrections to the executive proposal, the Senate Majority was able to restore proposed cuts to essential services and provide additional education and tax relief support.

“Our state budget is not just about paying our bills on time; it is a critical policy document that affects the lives of all New Yorkers,” said Senate Finance Chair Liz Krueger. “After a thorough and transparent process, with hearings all across the state, the new Senate Majority has outlined a fiscally responsible proposal that shows our commitment to the entire state. We will invest in the things that actually motivate businesses to come here and stay – our quality of life, our infrastructure, and, most importantly, our people.”

The Senate Majority understands that education is the great equalizer and that all New York students deserve access to a high quality education no matter their zip code. The Senate Majority’s budget proposal provides historic funding increases to advance education services across New York. The one-house budget resolution makes the following modifications to the Executive Budget proposal:

o   The Senate is further committed to holding public hearings and other informational forums throughout the City of New York to assess the effectiveness of mayoral control of the New York City School District and hear stakeholders on the ways to address the inequalities in our schools, ensure the voices of parents are included and improve student performance and outcome.

o   For each of the 3 years the provisions of the mayoral control are extended, until June 30, 2022, the Department of Education will prepare and make public a report of the findings and recommendations of such hearing;

Restoring Trust In State Government And Reforming The Electoral System

The Senate Majority supports investment to assist New York businesses to grow, create jobs and be successful throughout the state. It is especially committed to encouraging the continued growth of Minority and Women Owned businesses. The Senate Majority budget proposal includes