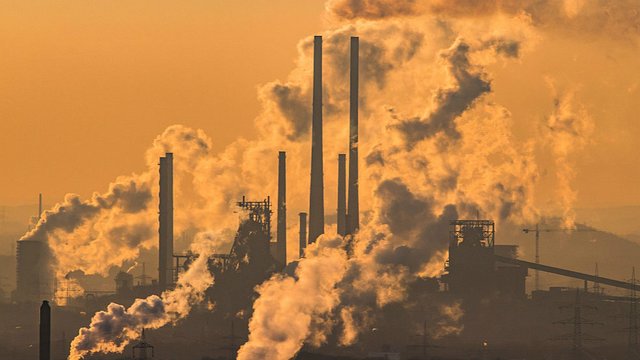 by admin in Home Page, News
Albany – Today, the State Senate passed a bill to tackle counterproductive state fossil fuel subsidies, shining a light on and potentially halting tax breaks, credits, and refunds for the use of dirty fossil fuels. The legislation, S.2649, requires the Governor to submit an annual analysis of all fossil fuel related tax expenditures, including recommendations regarding continuation, modification, or repeal of some of the worst offenses. It also implements a 5-year sunset provision for the expiration of all current and future fossil fuel related tax expenditures. The state-level measure is the first in the country to specifically target fossil fuel tax subsidies and create a regular public review process. The bill is carried in the Assembly by Assemblymember Kevin Cahill.

“In the past few years, New York State has taken unprecedented action to mitigate the effects of climate change, but there are still areas where we are on the wrong track,” said Senator Krueger. “We spend $1.6 billion every year on tax subsidies that support the use of dirty fossil fuels, with barely any information about the effects of this spending. We need a process in place to regularly analyze and review these subsidies, so that we can strengthen those that actually benefit hard-working New Yorkers, and get rid of those that waste taxpayer dollars and make our climate crisis worse. I thank my Senate colleagues for moving this important bill, and I am hopeful the Assembly will take it up as soon as possible.”

“This bill is an important part of understanding the climate crisis. It will add transparency, oversight and meaningful information to the conversations and decisions regarding fossil fuel-related spending in the State,” said Assemblymember Cahill. “We have a duty to inform taxpayers and policymakers of the true extent of these hefty expenditures in order to decide whether fiscal changes need to be made to protect the health, safety and welfare of our residents and to protect the environment. As we stand on the precipice of fiscal uncertainty, we need to better understand our revenues, expenses and expenditures. I am proud to stand with Senator Liz Krueger in continuing to move this legislation forward.”

New York State spends over $1.6 billion every year on fossil fuel related tax expenditures, distorting the market and subsidizing the use of greenhouse gas-emitting fossil fuels. Some of these tax expenditures may serve a compelling public interest. However, a significant proportion of the spending serves to prop-up outdated industries or reward energy inefficiencies leading to a double cost to taxpayers – once for the direct tax expenditure and again for the environmental damage resulting from the continued burning of fossil fuels.

New York State has a goal of reducing greenhouse gas emissions to net-zero by 2050. Continuing to subsidize the use of fossil fuels delays the adoption of cleaner alternatives, creates barriers to achieving the State’s climate goals, and wastes precious taxpayer money.

S.2649 would require the State’s annual Tax Expenditure Report to include an enumeration and evaluation of all fossil fuel related tax expenditures, as well as a recommendation by the Governor regarding the continuation, modification or repeal of such expenditures. The Report would be made in consultation with the State’s Energy Planning Board, whose members include representatives of New York State Energy Research and Development Authority, Public Service Commission, Empire State Development, the Departments of Environmental Conservation, Agriculture and Markets, Health, Labor, and Transportation as well as Legislative appointees and others.

The bill also implements a 5-year sunset provision for all current and future fossil fuel related tax expenditures, providing such expenditures would not otherwise expire at an earlier date. The Legislature may, of course, choose to renew any tax expenditure that benefits the public interest. This will create an evaluation process through which outdated fossil fuel subsidies can be allowed to expire, while those that provide a real benefit to New Yorkers can be retained or improved.

Conor Bambrick, Director of Climate Policy at Environmental Advocates NY, said, “New York’s climate law set the most aggressive emissions reduction goals of any state. Reaching these goals requires a transition off fossil fuels across the board. Understanding how we currently subsidize the use of fossil fuels through tax expenditures is an important step in assessing how the State can cut ties with the very industries responsible for the climate crisis. EANY appreciates Senator Krueger’s continued leadership in fighting climate change and for bringing this issue to the forefront.”

“Despite the monumental climate laws New York State has established over the past few years, fossil fuel interests still have a leg up over renewable energy in the form of existing subsidies, indirect incentives, and preferential rules,” said Roger Downs, Conservation Director for the Sierra Club Atlantic Chapter. “Wiping the slate clean of entitlements that prop up those that continue to despoil the planet is a more than reasonable first step towards climate justice.  We thank Senator Liz Krueger for her unwavering leadership in advancing New York’s climate commitments and crushing the barriers to achieving those goals.”

Rich Schrader, New York Policy Director at NRDC, said: “Cutting fiscal ties with powerful polluters is one of the best down payments we can make on New York’s future. In the midst of a climate crisis, the last thing we need to do is continue subsidizing the multibillion-dollar fossil fuel industry. Meeting New York’s nation-leading climate goals requires that we go big on clean energy solutions that create healthier neighborhoods, drive job creation, and drastically reduce air pollution. There’s no doubt about it: this bill is a necessary and sensible next step forward in New York’s fight against the climate crisis.”
Liz Moran, environmental policy director for NYPIRG, said, “The polluters responsible for the climate crisis, who are often the same industries that have harmed water quality, must be on the hook to pay for the costs associated with their recklessness – which is exactly what this important legislation would accomplish. The fossil fuel industry has known since the 1970s of the pollution associated with fossil fuel burning, but to this day have undermined climate science and deceived the public to halt climate action. With New York’s nation-leading climate goals on the books, it is common sense to end tax giveaways to the fossil fuel industry and make polluters pay. NYPIRG urges the bill’s passage in the Assembly and for it to be signed into law.”
###
Prev post
Next post