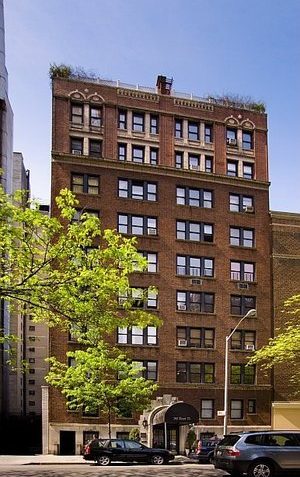 New York – With the support of State Senator Liz Krueger’s office, the non-profit watchdog group Housing Rights Initiative (HRI) has uncovered dozens of buildings on the Upper East Side that collectively received millions of dollars in tax benefits while having illegally removed thousands of units from the rent stabilization program. As a result, a class action lawsuit has been filed against Parkoff Organization at 192 East 75th Street by the law firm Newman Ferrara in the New York County Supreme Court.

A broken enforcement system has turned one of the largest tax programs for landlords in New York City into a hotbed of systematic fraud and abuse.Parkoff Organization, one of many bad actors, has been swindling tenants out of their affordability in the midst of an affordable housing crisis. Up until 2017, 192 East 75th Street was receiving a tax benefit called J-51, which required it to rent stabilize 100% of its units. However, according to Parkoff’s own property tax filings, it had registered just a single unit out of 42 units as rent stabilized. In many instances, the current rent of the apartments is now over 300% higher than when they were rent stabilized. Across its portfolio, Parkoff Organization has collected hundreds of thousands of dollars in tax benefits while failing to comply with its affordability requirements.

This class action is part of a successful campaign against Parkoff Organization that has already resulted in significant achievements.

In another lawsuit organized by HRI, Parkoff re-stabilized all the plaintiff’s units within just a few weeks of the case being filed, as shown on their property tax statements below. The courts are in the process of determining the proper forum where the issue of resetting the rents will be heard.

*As shown above, Parkoff Organization returned all of the plaintiffs’ units back to the rent stabilization system, thus acknowledging that they had been illegally deregulated*

In 2009, in a case called Roberts v. Tishman, the highest court in New York State held that when a building receives a J-51 tax benefit – a program that annually costs the city $250 million in foregone tax revenue – 100% of the units must be placed under rent stabilization.Following the decision, Crain’s New York Business published an article titled ‘Ruling on Rents Squeezes Landlords,’ where Parkoff was listed as one of the most likely landlords to be impacted by the Tishman ruling.

But that day of reckoning never came.

Inexplicably, the Department of Homes and Community Renewal (DHCR), the state’s housing enforcement agency, effectively disregarded the court’s decision by failing to return tens of thousands of illegally deregulated units back to the rent stabilization system.

In response to their unconscionable inaction, on March 29th, 2010, Senator Krueger and several of her colleagues penned a letter to Governor Paterson and the DHCR, stating that “Nearly five months have passed since the highest court in New York State conclusively ruled on this matter. We strongly believe that the DHCR must move as quickly as possible to formally recognize apartments in J-51 buildings as rent stabilized and to grant these tenants those rights and protections afforded them under the law.”

Fast forward over eight years later, Parkoff Organization, along with hundreds of landlords across New York City, has still yet to comply with its affordability requirements.

“Parkoff is just one of so many examples of a landlord taking the taxpayers’ money, then trying to get away without fulfilling their end of the deal,” said Senator Krueger.

“Fortunately, Housing Rights Initiative has been there to fight for the rights of these tenants. This problem is much bigger than one building or one landlord. Instead of forcing tenants to organize and file lawsuits, DHCR should be pro-actively ensuring that all tenants in buildings receiving J-51 benefits know they are rent regulated and are being charged the correct rents.  But until that happens, I encourage tenants to continue to reach out to HRI and my office if they believe their building currently or previously received J-51 benefits and is flouting the law.”

Thousands of affordable units have been unjustly stolen from the Upper East Side. Housing Rights Initiative believes that there is more J-51 fraud here than in any neighborhood in New York City.

“A broken enforcement system has buried the Upper East Side in an avalanche of rent fraud,” said Aaron Carr, Founder and Executive Director of Housing Rights Initiative. “With the support of Senator Krueger’s office, this class action is part of a community effort to dig tenants out from underneath.”

HRI has organized a litany of J-51 lawsuits over the past two years, but the state has yet to implement reforms.

“No comment, no response, no action. Just a deafening silence,” said Aaron Carr. “Tens of thousands of tenants are drowning in a sea of fraud. It’s time for our government to bring them back to shore.”