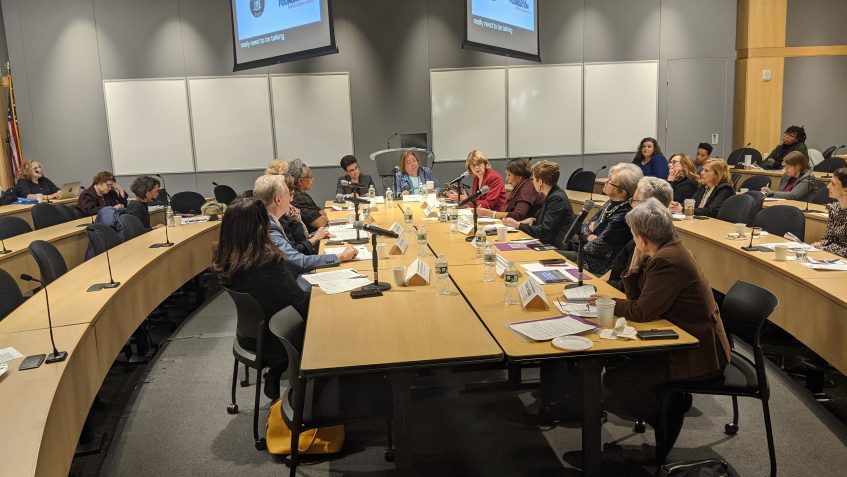 New York — On Friday, January 31st, State Senator Liz Krueger and The New York Women’s Foundation held a roundtable discussion titled “Including Older Women’s Issues in the Feminist Agenda.” The roundtable will brought together thought leaders in key policy areas to develop a women’s agenda that includes issues relevant across the lifespan.

Video of the event is available by clicking here.

Today, nearly one in five New Yorkers is 60 or above, a larger proportion of the population than ever before. Older women face significantly more poverty than men do; nearly two out of three poor older adults are women. Women also face more discrimination in the workplace, higher rates of bankruptcy, due to medical bills and insufficient savings, more demands as family caregivers, struggles with affordable housing, elder abuse and inadequate pay for home care aides and other jobs in the care economy, and other issues. It is time to include the impact of these issues on women whose reproductive years are behind them and end the neglect of issues facing older women in a feminist agenda.

– Vicki Been, Deputy Mayor for Housing and Economic Development, City of New York