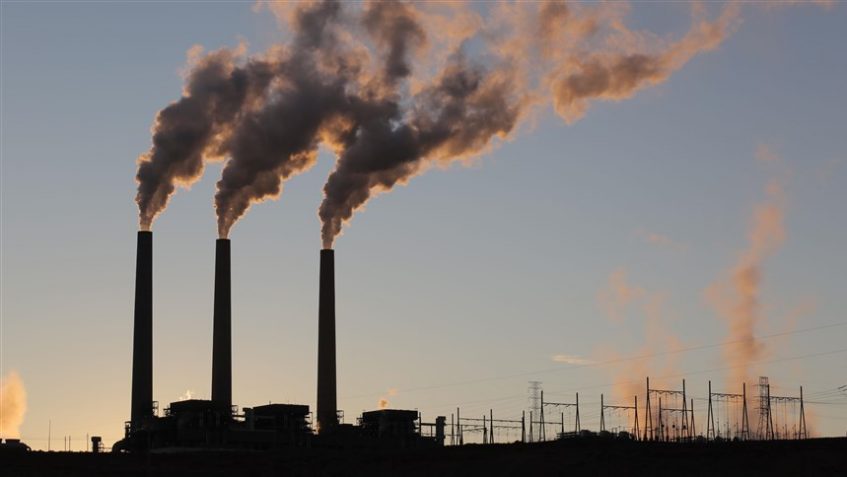 by admin in Home Page, News
Albany – Today New York State Senator Liz Krueger, Chair of the Senate Finance Committee, introduced legislation (S.4816) to repeal over $300 million in annual state tax giveaways that encourage the use of fossil fuels. New York State annually forgoes a total of around $1.5 billion in revenue through fossil fuel related tax expenditures. S.4816, which builds on legislation that passed the Senate last year, would begin the process of aligning the state’s tax policy with the goals of the Climate Leadership and Community Protection Act, which passed in 2019.
“In the past few years, New York State has taken unprecedented action to mitigate the effects of climate change, but there are still areas where we are on the wrong track,” said Senator Krueger. “We spend $1.5 billion every year on tax subsidies that support the use of dirty fossil fuels. Some of these subsidies are needed to help hard-working New Yorkers, but many are just sops to an outdated industry, wasting taxpayer dollars and making our climate crisis worse. This bill represents a down payment, a first step we can take right now to begin aligning our tax policy with our climate goals, by repealing the most egregious subsidies. In the face of a significant revenue shortfall, now is the perfect time to get rid of these counterproductive subsidies.”

New York State spends over $1.5 billion every year on fossil fuel related tax breaks, credits, and refunds, distorting the market and subsidizing the use of climate-destabilizing fossil fuels. Some of these tax expenditures may serve a compelling public interest such as offering heating assistance to low-income New Yorkers. However, a significant proportion of the spending serves to prop-up outdated industries or reward energy inefficiencies leading to a double cost to taxpayers – once for the direct tax expenditure and again for the environmental damage resulting from the continued burning of fossil fuels.

S.4816 begins the process of aligning New York state tax policy with our statutory climate goals by repealing some of the more egregious fossil fuel related tax expenditures. Repeal of these expenditures would save the state roughly $334 million annually, an estimate based on information available in the Annual Report on New York State Tax Expenditures, produced by the Division of Budget.

Among the annual tax expenditures that would be repealed by S.4816 are:

Conor Bambrick, Director of Climate Policy for Environmental Advocates NY, said, “In order to successfully fight climate change, we have to stop playing for the other side. Repealing fossil fuel subsidies matches the intent of our climate law and will allow New York to realign its budget priorities elsewhere. This includes reversing the budget raid of community clean energy funds from the Regional Greenhouse Gas Initiative. These funds should go frontline communities to reduce energy costs, create jobs, cut pollution, and help us toward our energy goals.”

Rich Schrader, New York Policy Director at NRDC (Natural Resources Defense Council), said: “The fossil fuel industry is responsible for the climate crisis, endangers public health, and contaminates our water and air. Eliminating fossil fuel subsidies would make more public spending available, which is especially important now given the depleted state resources during the current economic downturn, and is essential for an equitable transition toward a healthier, more sustainable, and just future for New Yorkers. We thank Senator Liz Krueger for championing this legislation and her continued leadership on climate issues.”Roger Downs, Conservation Director for the Sierra Club Atlantic Chapter, said: “At a time when New York is facing both a fiscal crisis and a public health emergency, continuing to finance the degradation of our own air quality and the destabilization of the global climate makes little sense. Wiping the slate clean of New York State tax breaks, credits, refunds, and subsidies for corporations who continue to despoil the planet is a more than a reasonable fiscal policy during a pandemic. The Sierra Club thanks Senator Liz Krueger for her unwavering leadership in advancing New York’s climate commitments, protecting public health and removing the financial  barriers to achieving both those goals.”

Liz Moran, Environmental Policy Director for NYPIRG, said: “The fossil fuel industry spent billions of dollars over the course of decades lying about their role in causing the climate crisis – now they must be made to pay up. The worsening climate crisis and current fiscal downfall cannot be placed upon the shoulders of everyday New Yorkers. One very simple solution is ending nonessential fossil fuel subsidies. NYPIRG thanks Senator Krueger for her leadership on this issue and looks forward to working with the legislature to address fossil fuel subsidies this legislative session.”

Liam Smith, Co-Director of Government Affairs for New York Youth Climate Leaders (NY2CL), said: “At a time when New York faces an unprecedented $15 billion budget shortfall, we cannot afford to hand out hundreds of millions of dollars to the fossil fuel industry. Eliminating non-essential fossil fuel tax expenditures will generate funding for essential services like healthcare and education while protecting our environment from the threat of climate change. NY2CL commends Senator Krueger for her leadership on this issue and hopes to see this bill incorporated into the SFY 2021-22 budget.”

Jordan Dale, of 350NJ-Rockland said: “The New York state budget is under severe stress and the future of humanity is threatened by climate change. Eliminating subsidies for fossil fuels helps with both. It is a no-brainer, and we must demand that our leaders in Albany act on it immediately.”