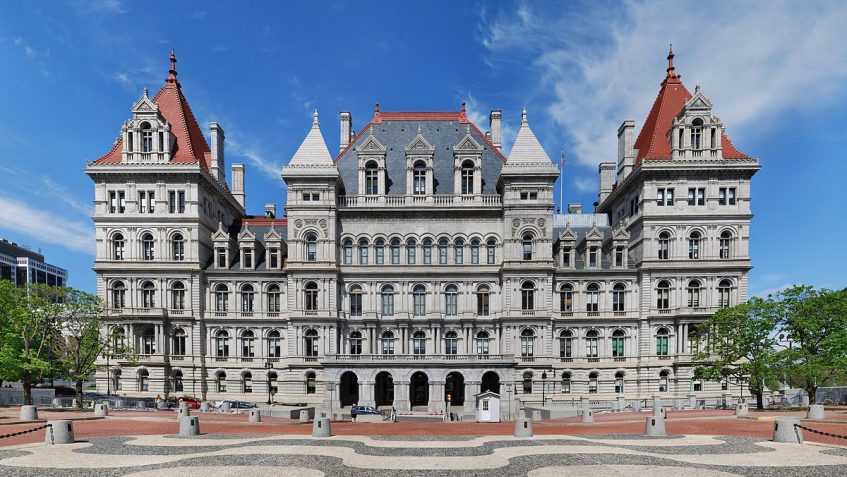 While COVID-19 updates have been my primary communication with you in these difficult times, I did want to take a moment to give a report on the New York State budget, which has now passed as of yesterday afternoon. This budget is a crisis budget. It is not what we expected to be passing when we came to Albany in January, but it is what this moment calls for. The current crisis and its economic impact have resulted in a dramatic increase in the need for services while at the same time cutting state tax revenues and leaving the state with at least a $15 billion deficit to close.

Reaching an agreement on a budget between the Governor, the Assembly, and the Senate in this current reality was a huge challenge, particularly given the significant power imbalance created by our state constitution, which gives the Governor an extraordinary amount of leverage in negotiations. I am disappointed with some of the results, particularly the Governor’s attack on third parties, his dangerous cuts to Medicaid, and his refusal to ask the wealthiest among us to pay their fair share.

However, I do believe that the final budget acknowledges the massive economic issues we face while protecting our most vulnerable neighbors and essential services. And in spite of my serious concerns about certain positions the Governor has taken in the budget, I want to acknowledge how well he has managed the immediate crisis we are facing.

Coronavirus has devastated our economic outlook and cut our revenue by billions of dollars. There will be painful cuts to programs we all care about. But along with my colleagues, I fought hard to pass a responsible budget that will still give our families and communities the tools we need to beat COVID-19 and recover economically once the pandemic is over.

Some of the key provisions of the budget include:

I am deeply concerned that the final budget includes unjustifiable cost shifts to localities, who face the same or worse fiscal pressures as the state, and that the implementation of Medicaid redesign proposals has the potential to limit access to healthcare and shortchange providers, which is particularly concerning in the middle of a healthcare crisis.  That said, I was happy that the Governor has reversed himself and will accept additional Medicaid funding from the Federal Government. The legislature also pushed back on some of the worst proposals from the Governor, and was able to address a number of key issues, and:

Other key health initiatives include:

Support for those Economically Impacted by the Current Crisis:

The issues of bail and discovery reform and whether they needed to be changed were particularly contentious, but I believe the final agreement was successful in preserving the essence of the reforms we made last year while adjusting them to address specific offenses and repeat offenders. I was pleased that the changes do not allow judicial discretion for remand on misdemeanors and non-violent felonies. Among key actions included in the budget were:

I was disappointed that a program of Cannabis Regulation and Taxation that centered on addressing the wrongs done by the drug war and reinvesting in communities most impacted was not included in the final budget. That said, it was clear for some time that the Governor was not willing to move from his legalization proposal, and that proposal did not adequately address the needs of harmed communities. I will continue to push for passage of my legislation, the Marijuana Regulation and Taxation Act, which I believe to be the right approach.

The budget also includes language codifying the recommendations of the 2019 Campaign Finance Reform Commission. I have serious concerns regarding the impact of these proposals on third parties. However, I am pleased that New York will finally implement public financing of campaigns which will reduce the influence of big money on our politics and government.

Through this budget we will keep New York State solvent and functioning, and meet the needs of the present emergency. In the face of challenges the likes of which our state and our nation have not faced in generations, we will protect New Yorkers’ health, and stand up for New York students, families, and small businesses.

But make no mistake – this budget is not the final word. Far from it. When the immediate crisis is over, we must take a hard look at where we stand and how we got here; we must face down the structural flaws and inequities in our society that this crisis has revealed; and we must begin to chart a path for New York in which no one is left behind or sacrificed, in which everyone pitches in their fair share, and in which we make the hard and complex decisions to ensure the future is bright for all New Yorkers.