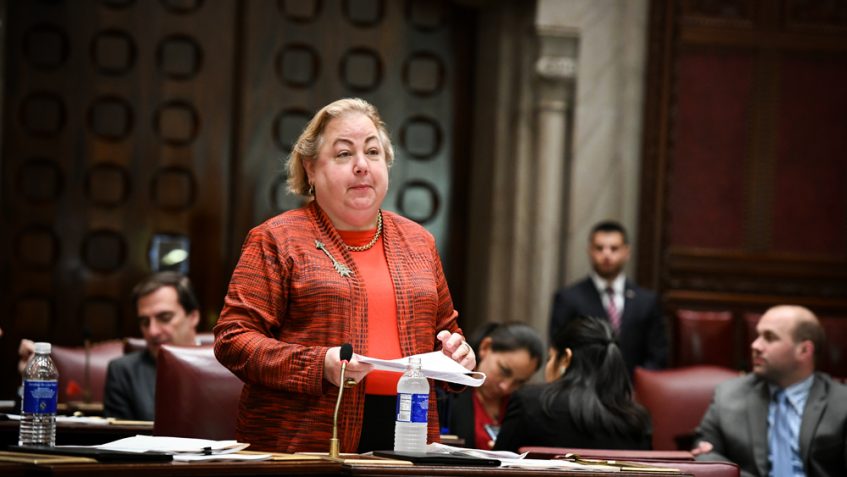 by admin in Home Page, News
Albany – Today the State Senate unanimously passed a bill (S.2636), sponsored by State Senator Liz Krueger, to close a loophole in state law that prevents police from charging someone with aggravated harassment if it is committed via text or email. The bill is sponsored in the Assembly by Assembly Member Edward C. Braunstein.

“When I heard what had happened to residents in a building in my district, I was appalled. But I was even more disturbed to learn that police were unable to take any action against the offender,” said Senator Krueger. “Harassment is harassment, whether it happens over the phone or via text. The effect on the victim is the same, and they deserve protection. I thank my colleagues in the Senate for taking action to close this loophole, and I hope the Assembly will move quickly to send this bill to the Governor’s desk.”

S.2636 would close a loophole in the state Penal Law that prevents police from charging someone with aggravated harassment in the second degree if the offense was committed via text and did not include a threat. The legislation was prompted by the actions of a doorman in a building on the Upper East Side of Manhattan, who sent lewd pictures to several building residents.

Though the doorman was fired, police were unable to charge him with a crime – his actions would only constitute harassment in the second degree, a violation, which would have to have been witnessed by an officer in order to issue a summons. S.2636 would include text messages, email, and other forms of electronic communications in the definition of aggravated harassment in the second degree, which is a Class A misdemeanor, punishable by up to one year in prison.