Statement From Senator Krueger On Assembly Passage Of “Boss Bill” 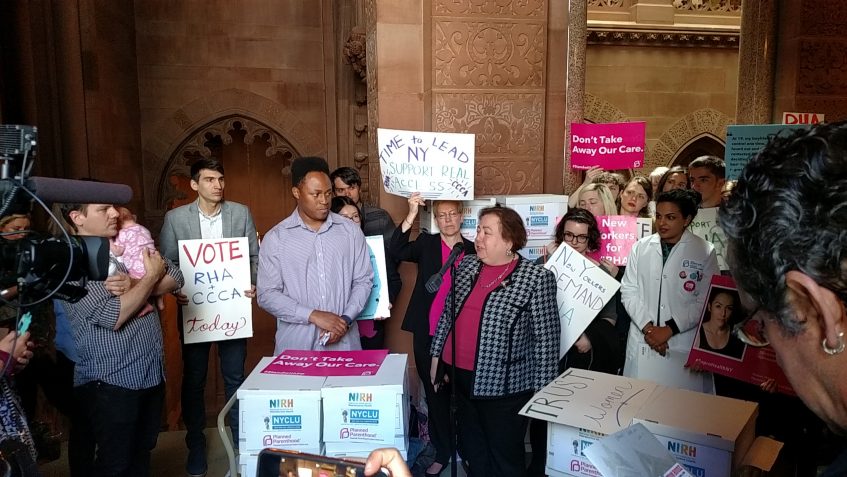 Albany – State Senator Liz Krueger released the following statement today, after the passage in the Assembly of legislation known as the Boss Bill (S3791/A566), which would ban employers from discriminating against employees on the basis of their personal reproductive health decisions. The legislation is sponsored by Sen. Krueger in the Senate and Assembly Member Ellen Jaffee in the Assembly:

“A woman’s reproductive decisions are nobody’s business but her own, and in the 21st century no boss should be able to tell an employee she can’t have access to birth control. Once again the Assembly has voted to support the rights of working women, casting a harsh light on the inaction of the Senate Majority coalition, who have used a parliamentary trick to bury this bill. I congratulate Assembly Member Jaffee and her colleagues on passing this bill yet again, and I urge the Senate Majority coalition to follow suit, support the rights of working women, and send this bill to the Governor’s desk.”

###
BACKGROUND:S3791, known as the “Boss Bill,” would close a glaring loophole in New York’s existing workplace anti-discrimination laws. The bill would protect all workers, both men and women, from being discriminated against by their employers for their reproductive healthcare decisions or their use of the available range of reproductive care services, whether covered by insurance or otherwise. This would include, for example, women who have become pregnant and are accessing pregnancy-related healthcare services, regardless of their marital status or sexual orientation. The bill passed the Senate Labor Committee today and was referred to the Insurance Committee, despite not having any effect on insurance law.
Prev post
Next post