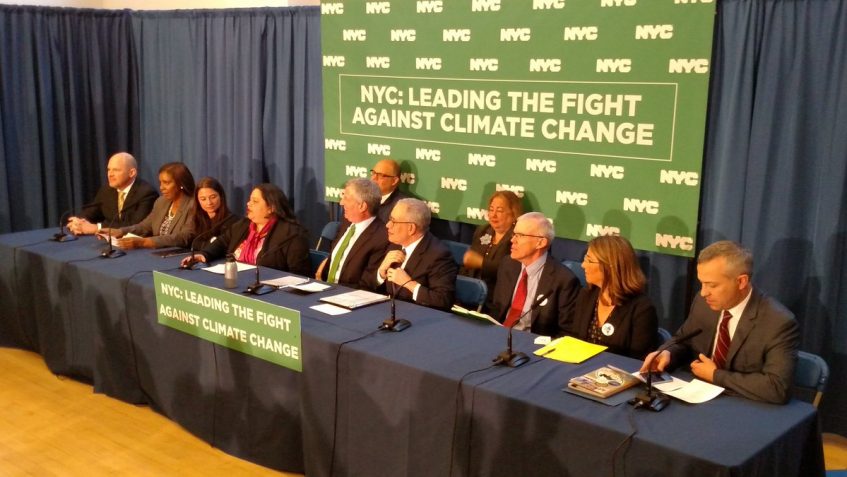 “Our pension funds are investments in our future, and fossil fuels are best left in the past. Divestment is the only financially responsible course of action in the face of fossil fuel producers’ continued failure to acknowledge the reality of climate change and the necessity and inevitability of the clean energy transition. It is an important strategy to encourage a shift away from fossil fuels, while at the same time safeguarding the financial future of our workers and retirees, and it sends the clear message that it is no longer acceptable to support companies whose fundamental business model puts our entire society at risk. I congratulate Mayor de Blasio, Comptroller Stringer, and all the advocates working tirelessly to push this vital issue. Once again I call on State Comptroller DiNapoli to follow this bold move with an announcement of his own – start the process of divesting the state pension fund, and let’s get New York out of the business of destroying our future.”

The Fossil Fuel Divestment Act (S4596/A3712), sponsored by Senator Krueger and Assistant Speaker Ortiz, would require the State Comptroller to divest the New York State Common Retirement Fund (CRF) from all holdings in the 200 largest publicly traded fossil fuel companies, as defined by carbon content in the companies’ proven oil, gas, and coal reserves (the CU 200). Divestment from coal companies would be completed within one year; divestment from all other fossil fuel companies would be completed within five years. Currently, ExxonMobil represents the largest single CU200 holding in the CRF, with around $1 billion invested.

Worldwide there are currently 813 institutions that have committed to divest, including universities, faith-based organizations, non-profits, municipalities, philanthropic organizations, and national and state pension funds, controlling $6.01 trillion in assets. A full list of commitments can be viewed here.