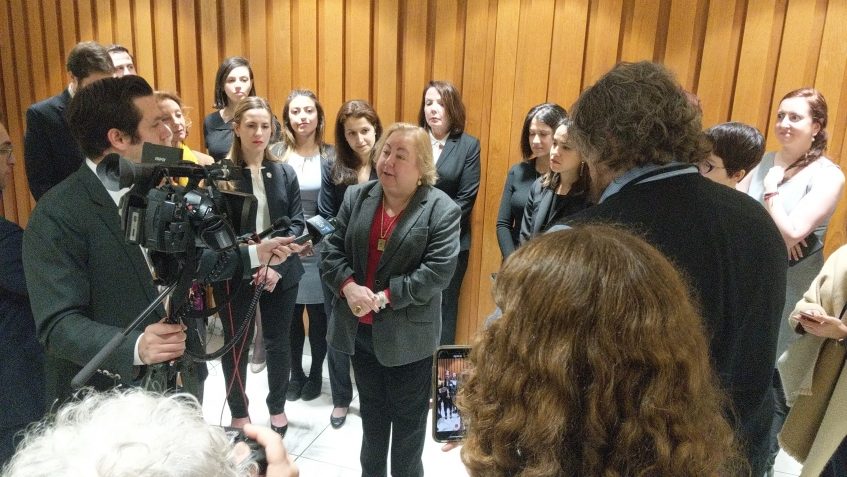 “I am humbled and honored that in our first session in the Majority we were able to deliver this critically important piece of legislation on behalf of women and men across New York State. I am hopeful that because of this legislation, as part of a much larger agenda of addressing harassment in the workplace, five years from now we will be able to look back and say ‘it’s getting better.’ We have made clear today that you can’t get away with it anymore.

“Nobody should have to be afraid when they go to work that they are going to have to face violations not just of their bodies but of their souls. Because that’s what it is to be abused and harassed and sexually attacked in the workplace.

“The legislation we passed today is not yet enough, but it is a huge victory nonetheless. I am so proud of my colleagues, especially Senator Biaggi and the other new senators who have done an extraordinary job getting us here. I also want to recognize the members of the Sexual Harassment Working Group who so boldly came forward, demanded we do better, demanded we listen to their stories, and demanded we and pass legislation that is more than just a feel-good effort.

“New York State now has some of the strongest protections against harassment in the nation, and I will continue to work with my colleagues and advocates to modernize our laws and protect all New York workers.”